A medical ID is recommended for people with celiac disease especially children who may not be able to properly communicate their dietary restrictions. Celiac disease is a serious autoimmune disease where gluten intake can lead to an abnormal immune response against the small intestine.

According to Celiac Disease Foundation, celiac disease is estimated to affect 1 in 100 people worldwide. In the US, up to 2.5 million Americans are undiagnosed, putting them at risk for long-term health complications. Even if celiac disease is not a physical illness but an invisible one, it is a serious genetic autoimmune disease that has a significant impact on people's health. In an emergency, signs of celiac disease are not readily visible to responders unless a patient wears a celiac disease medical ID bracelet or necklace to alert others.

"I never thought I would need a medical bracelet. I was resistant to getting one at first, but then realized it would be a really good idea, especially after my first colonoscopy where the nurse tried to feed me cookies. I picked a green band - in honor of celiac disease awareness - and because it is the most obnoxious color. This is one time where I want everyone to pay attention... to my wrist." – Kristina Nies, Author at No Gluten Required

Celiac Disease is not an Allergy

Celiac disease is commonly mistaken and treated as a food allergy. For many of those diagnosed with this disease, it is a challenge to communicate and educate others of the severity of celiac disease.

Complications of Celiac Disease include:

The only way to manage the symptoms of celiac disease and avoid complications is to eat a strict gluten-free diet.

"If you are diagnosed with celiac disease, the only treatment is to follow a gluten-free diet for the rest of your life... In addition, you should wear a medical alert bracelet in case you're ever in a situation where you become unconscious; you should wear this bracelet all the time, even at home." - Dr. Wayne Shreffler, MD, PhD, Dr. Qian Yuan, MD, PHD, Karen Asp (2012). Understanding Your Food Allergies & Intolerances.

Celiac crisis is a life-threatening syndrome in which patients with celiac disease have profuse diarrhea and severe metabolic disturbances. Patients that present with severe unexplained diarrhea and malabsorption should be tested for celiac disease. Due to its high morbidity rate, quick diagnosis and treatment are crucial.

Medical IDs can alert others about the presence of celiac disease, avoid misdiagnosis and exposure to gluten-containing medication, and help celiac disease patients get the safe and precise treatment that they need.

According to Nursing Times, patients with celiac disease need to adhere to a gluten-free diet, including when they are in hospital. This means staff in catering departments and onwards need to be aware of the condition and its consequences.

What to Put on a Celiac Disease Medical ID

Engraved information on a medical ID bracelet or necklace for celiac disease can be helpful to anyone responding to an emergency. In engraving a celiac alert ID, make sure that it contains accurate information that is easy to read, even in the most difficult situations like a celiac attack or crisis. 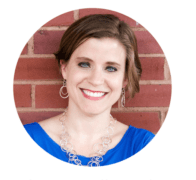 "As a person with a major health condition or allergy, medical ID’s can be very valuable. After wearing a medical ID bracelet I realized how helpful it would be to state my status to the world as a Gluten Free Celiac." - Pam Jordan, Celiac Disease and Gluten Free Author and Blogger